HM The Queen of Denmark

Protector of the Scholarship Programme

HRH the Duchess of Gloucester 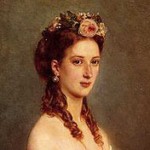 The Anglo-Danish Society was founded on the 17th December 1924 with the encouragement of Queen Alexandra of England, formerly Princess Alexandra of Denmark, the eldest daughter of Denmark’s King Christian IX, who married Queen Victoria’s son and heir, King Edward VII.

The Society was founded to further relations between our two nations following the first World War. During the following years members of our two royal families and dignitaries from the worlds of Politics, the Armed Forces, and the Arts were actively involved.

In 2011 HRH the Duchess of Gloucester GCVO became  Protector of the Scholarship Programme.

Today the Society arranges a large number of events for members and their guests, mainly of a cultural nature and to venues not otherwise easily accessible to the general public.

We have been privileged to visit the gardens at Highgrove House, Madresfield Court near Malvern, Arne Jacobsen’s famous St Catherine’s College in Oxford, the Royal Opera House, the Møller Centre at Churchill College in Cambridge; the supper and concert in early February at Drapers’ Hall in the City of London has become a welcome tradition.  These are just a few.

The Society works closely with the Danish Embassy and KFUK (Danish YWCA) in London. It also maintains close contact with CoScan and other Anglo-Danish organisations.

The Society’s „charitable work“ is thought to date back to the time after WW II when the Anglo-Danish Fund paid for British children suffering from tuberculosis to travel to Denmark for treatment at Danish sanatoria. An article in the Society’s magazine from June 1953 indicates that 38 children had been cured and were able to return to England.

The first Anglo-Danish Society scholarship was granted in 1959 thanks to a gift from the Lord Inverforth Endowment Fund.

The awardee was a Danish graduate who wished to continue her further education in the UK. The Scholarship amounted to £250 which at that time enabled a graduate to study for a period of 6 – 8 months. An annual gift from the above Fund was received until June 1992 when the capital was donated to the Anglo-Danish Society.

In 1995 the Society was entrusted with the sum of approximately £140,000 by the Royal Danish Embassy to create a trust fund to give British postgraduates the opportunity to further their studies in Denmark for a minimum of 6 months. This money arose as a surplus from collections both in the UK and Denmark to give British veterans the opportunity to participate in the 50th Anniversary Celebrations in Copenhagen commemorating the Liberation of Denmark.

„The Denmark Liberation Fund“ ceased to exist in 2005, when according to the terms of the Fund any money not allocated was donated to The British Legion Widow’s Fund.

From the year 2000 the Society has benefited from the generosity of the Ove Arup Foundation which finances an annual scholarship for advanced post graduate studies within the built environment.

From 2020 the ACE Foundation sponsors an award for a UK student taking postgraduate studies specifically in either architecture, design, art or music at a Danish university. The Society is also very grateful to    William Charnley who generously provides a scholarship for study at postgraduate level in a subject taken at Hughes Hall, University of Cambridge.

Each of these scholarships are currently for £2500.