Wayne was born in New Guinea, was educated in London and has a degree in Politics. He spent 33 years in the Army with the Queen’s Regiment, Princess of Wales’s Royal Regiment (PWRR) and the Royal Irish Regiment. His career covered a wide range of employment including battalion command, logistics, recruiting, officer selection and intelligence appointments, amongst others. He served in Gibraltar, England, Northern Ireland, Cyprus, Germany, Saudi Arabia, Kenya, South Sudan and Iraq. He retired from the Army in 2011 and spent a year as CEO of an investigations company before taking up the appointment of PWRR Regimental Secretary, retiring in January 2018. He joined the Society in 2012, was co-opted to Council in September 2017 and elected at the following AGM May 2018 before being appointed Chairman of the Council in September.

Peter is British (half Danish - his late mother was Danish). His wife Anne is Danish. Peter has been the Director General of the British Plastics Federation from 1997 to 2014. Amongst his previous positions are: Special advisor to Secretary of State Kenneth Baker (now Lord Baker of Dorking); Head of Home Affairs in the Conservative Research Dept; Director of the Royal Institute of British Architects; Chief Executive of the Industry Council for Packaging and the Environment; Goodwill Ambassador for the City of Copenhagen. He joined the Society in 1996, was co-opted in June 2014, elected to the Council in May 2015 and elected Vice Chairman in October 2016. 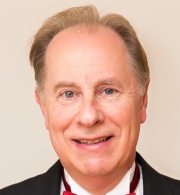 Alan was born in Portsmouth, studied business and eventually became a Fellow of the Chartered Institute of Management Accountants. He worked predominantly in life sciences and mostly in the pharmaceutical sector. Through merger and acquisition he worked in Eastbourne, Dagenham, Paris and Frankfurt for major international research and discovery based organisations.Returning from Frankfurt to the UK Alan joined The British Plastics Federation where he spent the last 10 years before retirement as Director of Finance & Administration. Alan and his wife Glyn live in Essex and enjoy time with their three children and two grandchildren. Co-opted in February 2017 Alan's election to Council was confirmed at the AGM 2017, and his appointment as Honorary Treasurer confirmed in September 2017. 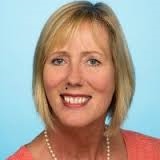 Bette grew up in Skanderborg, spent a year as an au-pair in USA and during gap years in UK and Denmark worked as a tour guide, Karolinepige, auxiliary nurse and receptionist. Bette gained an honours degree in English and Drama at University of London. She taught English in local secondary schools and studied part-time to gain a Royal Society of Arts Diploma.

While her children grew up Bette also taught Danish at the 'Saturday School' at The Danish Church for 15 years and was active on The Scandinavian Club Committee.

From 2002 Bette was Lead Teacher at the hospital school at The Royal Marsden Cancer Hospital where she taught and supported seriously ill pupils, liaised with schools, exam boards and medical teams and ran a number of outreach- programmes. As a member of a multi-disciplinary team at The Royal Marsden, Bette was the Lead Researcher and Author of original research, mapping the long-term effects of cancer upon educational achievement and social reintegration. Her published books on Children with Cancer won BMA Medical Book Awards.

Enjoying retirement, Bette also carries out occasional free-lance translations and has acted as interpreter at The Royal Courts of Justice.

Bette is a Volunteer Courier for Anthony Nolan Trust, collecting bone-marrow or stem cells, mainly from Europe and North America, for NHS patients throughout UK.

Bette is married to Ian whom she met at The Anglo-Danish Society Student Section where she was vice-chair on the committee for many years. They have 3 grown up children and two grandchildren.

Katie Schwarck joined Council in the autumn of 2019 and was formally elected at the AGM Sept 2020. Council has appointed Katie as Scholarship Secretary.

Katie has been involved in the Anglo-Danish community for many years. She speaks Danish, runs a communications/translation business and counts some of Denmark’s leading companies among her customers.

She is looking forward to contributing to the work of the Anglo-Danish Society and to promoting its valuable work in providing scholarships to postgraduate students.

Christine Bergstedt joined Council during spring 2020 and was elected to Council at the AGM in September 2020. Christine is an experienced finance professional with an extensive experience within fund management performing business development, strategy, management, client service and PR. Besides London, Christine has worked in Stockholm, Paris and Copenhagen. She has been London based since 2008.

Christine is vice chair at the Church Council of the Danish Church in London with fundraising her main responsibility. Christine holds a M.Sc. in Economics (cand.polit) from University of Copenhagen and she is a CFA Charterholder.

Former Manager of The Danish YWCA in London for 29 years and an ex-officio member of Council from 2008 to 2020. Elected to Council at the AGM September 2020.

Cecilie moved to London 3 years ago when offered a job as a Trainee Solicitor within Peachey & Co LLP where she mainly pratices commercial law. Cecilie gained her Master of Law at University of Aalborg and her Graduate Diploma of Law in London. She is currently finalising her Legal Practice course in order to become a qualified UK solicitor. In Denmark she was on a Red Cross Youth Project steering committee of ‘Unge på Flugt’, Youth on the Run. Cecilie will maintain the A-DS LinkedIn account and share Event Management with Louisa Greenbaum. Cecilie joined council in June 2021.

Louisa lives in Brighton with her husband and two teenage daughters and has Danish and British heritage and nationality. Louisa gained a degree in Scandinavian Studies at UCL and then worked for Nordic Investment Bank, Carnegie. Her experience includes Conference Management, organising lecture tours and cultural exchanges. Louise joined council in June 2021.

Lone is Danish - born and raised in Copenhagen - but has always had an interest in the UK and the English language. She has an MA in Modern Languages and has lived, studied and worked in Denmark, Cyprus, Belgium and the UK. Lone worked at the British Embassy in Copenhagen (Consular Section) for 10 years before relocating to the UK with her British fiancé, now husband. After moving to the UK, Lone worked for St George's House at Windsor Castle, and she is currently working as an experienced freelance translator. She's been a member of the Anglo-Danish Society almost since her permanent arrival in the UK in 2013 and was also the Club Secretary of the Danish Club for several years up until its merger with the Danish Chamber of Commerce. Lone was invited to join the Council in the summer of 2021.

Cultural Attaché at the Royal Danish Embassy in London. Lone was educated at University of Southern Denmark, Odense and Trinity College, Dublin and joined the Embassy in 1997. Since 2006 she has been a member of the Scholarship Committee.

Rector at the Danish Church, London since July 2016. Flemming was invited to Council in the Autumn 2016 when he and his wife Hannah became members of The Anglo-Danish Society.

Connie is the new Manager of KFUK and was welcomed to Council at the AGM September 2020.

Gunnar is Managing Director of The Danish-UK Association (DKUK) and previously director of the Danish-UK Chamber of Commerce which merged with The Danish Club in London late 2017 to create DKUK.
Gunnar is an international business developer with experience in international human business network and cross industry network development. He has a past in market research, organising conferences globally. For close to 10 years he worked in US & UK for Invest in Denmark, a national development agency attracting companies to set up their business in Denmark. Gunnar has lived in the UK on and off since 1994 with his partner and 2 daughters. Gunnar joined council in June 2021.

Members of the Scholarship Committee:

Wayne Harber  (as above)

Lone Britt Christensen (as above)

Dr Kristian Jensen, R, Former Head of Collections and Curation, British Library, London. Kristian became a member of The Anglo-Danish Society in 2001 and was invited to the Scholarship Committee in 2009.