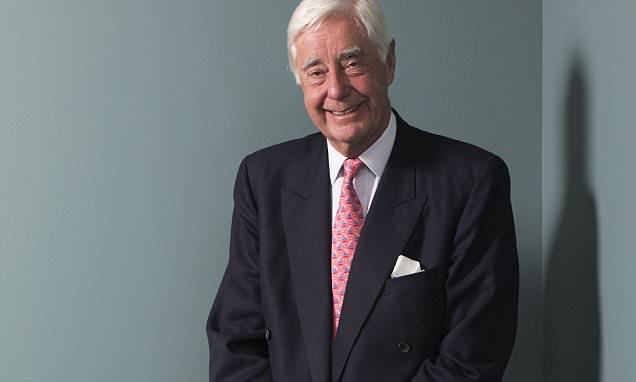 Rupert Hambro has sadly passed away after a long and courageous battle with cancer.

The British heir, banker, businessman and philanthropist had strong links to Denmark.

His paternal great-grandfather, Carl Joachim Hambro, was a Danish emigrant to England who founded the Hambros Bank.

After Eton and an academic year at university in Aix-en-Provence, Rupert Hambro joined Hambro’s Bank in 1964. He went on to serve as Chairman of a wide variety of financial and investment companies in UK and abroad.

Philanthropic work for multiple organisations earned him a CBE for charitable services in 2014.

In 1970 Hambro married American Robin Boyer, a former editor of American Vogue and together they have two children, Jonathan and Flora.

Rupert Hambro was Vice Chairman of The Anglo-Danish Society from 1971-74 and was appointed Honorary President of the society in 1986.

The family plan to have a private funeral and a Thanksgiving Service to follow (restrictions allowing) in London later in the year.